Some of the eigers were down, but the rest charged forward to fight -- either driven by battle lust or simple desperation, having the death-dealing cloud swirling closely behind their heels.  Indeed, they were charging too fast -- the front line archers fell back, but the eigers would be upon them in moments, regardless.  Tenser saw a delaying tactic was needed to slow them down, so that the fighting men could switch to melee weapons, and he knew just which spell to cast... 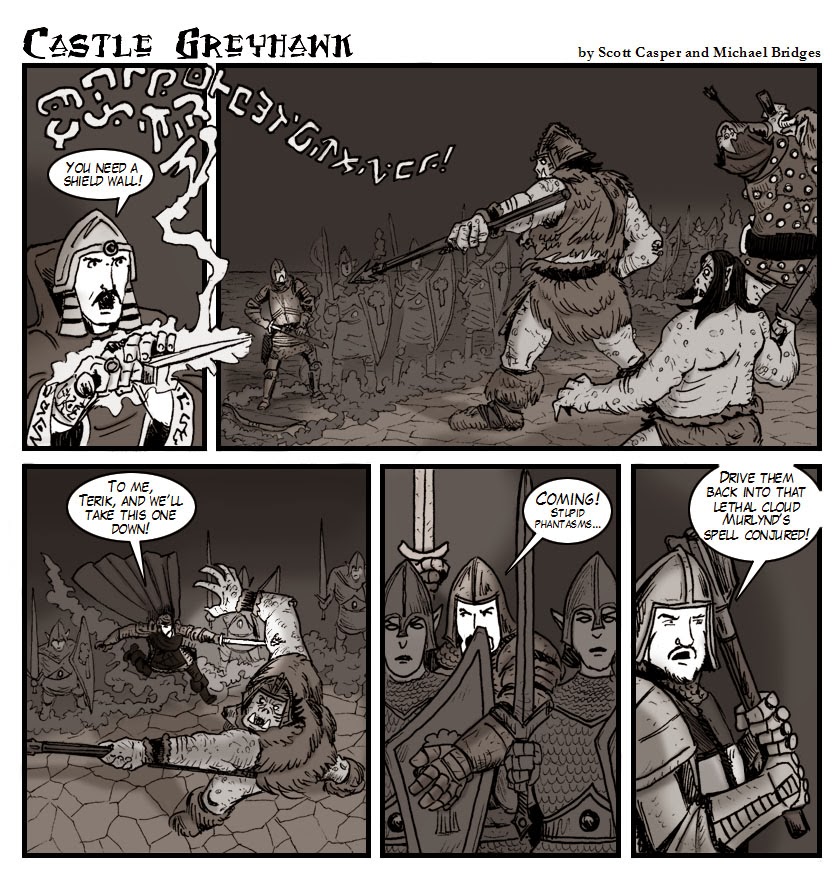 The eigers entered the cavern two abreast, but were spreading out now into wider ranks. As the eigers moved, they were met by the first volley of arrows. The first volley had been fired aimlessly, hoping to score one or two lucky hits. There were exactly two lucky hits and the eigers grunted from the impact, but kept coming, the arrows bobbing up and down like ornaments stuck in their heavy hide armor. None of these monsters were genuises, but they still knew an arrow or two were not going to stop them.

The Adventures of the Citadel did know, from experience, that concentrated fire could bring these monsters down. Yrag's arrow had struck first and he shouted "Right!" -- understood by the other archers that they should concentrate firing on the eiger that was struck on the right. That one took another arrow on the other side of its chest, but kept coming, as did those behind it.

The archers were not worried, as behind them were the most powerful spell-casters they knew. "Ah, I know just want we need!" Murlynd shouted, excitedly. He produced a scrollcase and held it out towards Mordenkainen. "Help me with this...?"

Mordenkainen helped Murlynd remove and unfurl the contents, but the eigers were getting closer... 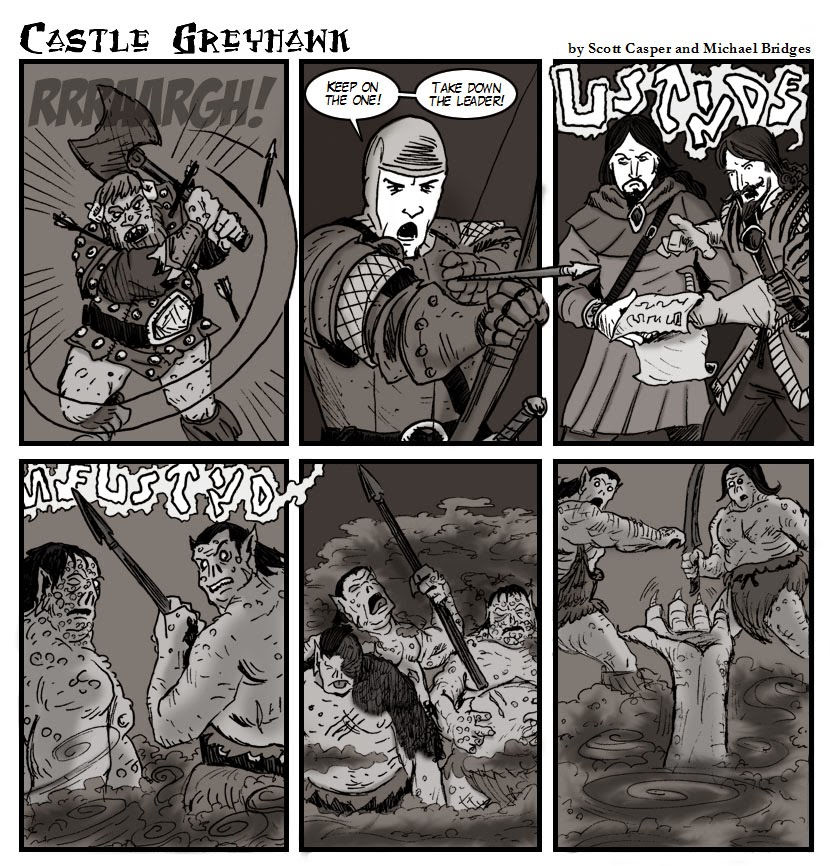