"Wait," Erac's Cousin said, and his familiar heard the voice in its mind. "Let me see those pages."

Erac's Cousin could see through his familiar's eyes and scanned the pages of the open book Ehlissa had thrown between her and his pet to buy her precious seconds to escape.

"Hmm...could this be The Chronicles of Keoland by Lord Kelvin Halmari?" Erac's Cousin mused to himself. "If it is the rare first edition, this alone could be worth the risks I've taken..."


Ehlissa had turned and followed the hallway north as it curved around the mage's office. There was a door on the left, but it seemed to be locked and she could not budge it. Up ahead, though, was a glass orb mounted to the wall with magic light inside it, and this light illuminated an open archway across from it in the north wall.

When she stepped into the room, the light winked out behind her. It had lasted long enough, at least, for her to see another door... 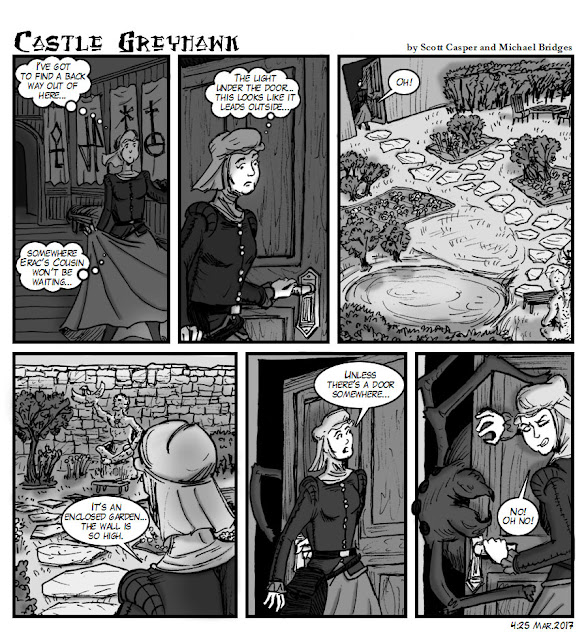 Ehlissa's first instinct was to run, but she knew the dog that followed Erac's Cousin looked dangerous -- too dangerous to turn her back on -- and it would quickly free itself from under the curtain.

She glanced at the desk and noticed the open book. There might be something useful in there, she hoped. She just needed to buy herself a little bit of time to look through it. She looked around for something else to throw on top of the curtain and pin it down.  Something heavy... 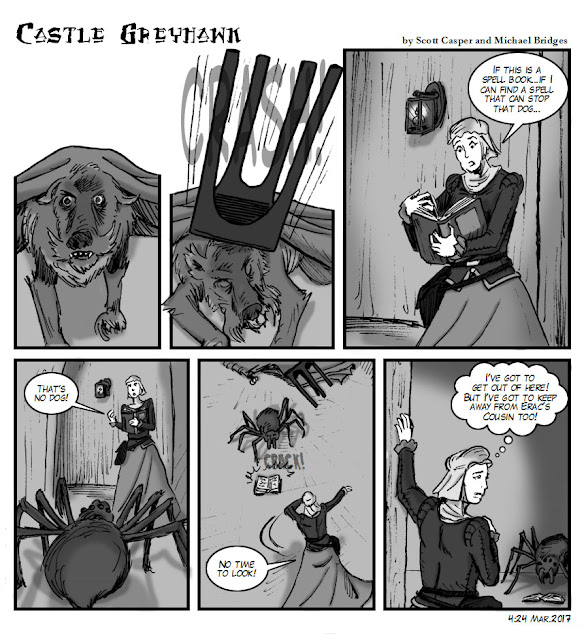