The dragon slowed its descent with its one good wing, but could not stay airborne for long. Now, tactically, it would have been to their advantage to have the fighters waiting to surround it once it landed and then all lay into it together, but the situation was not helping them work to their own advantage.

The cavern floor had refrozen from the coating of dragon breath and, already covered in water from the fireball melting the previous layer, this new coating was extra slick. Terik had lost his balance while dodging and fell to the floor.

Murlynd had retreated to a good hiding place in the shadows, while Serten, still on his feet, was trying to come around behind where the dragon would land.

That left Tenser, behind cover, thinking about the new wand he gripped in his hand... 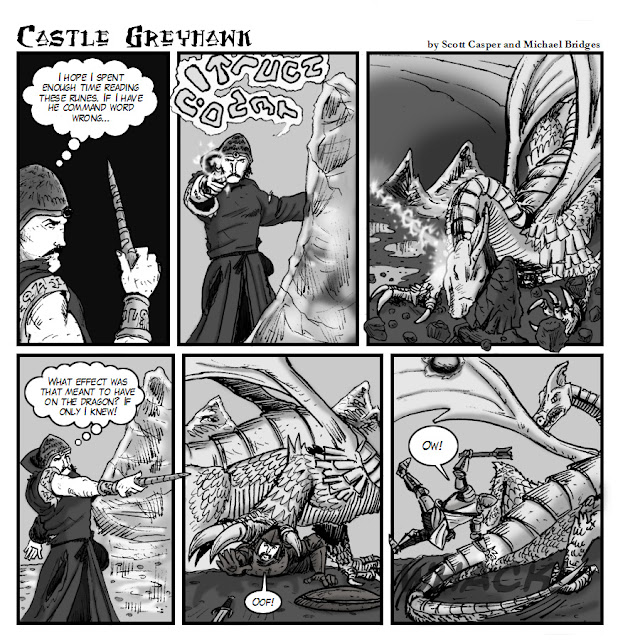 The dragon glanced around and saw that the humans, seeking cover, were not green adventurers. It was not concerned with the swordsmen, but two of them appeared to magic-users, and magic could be trouble. Perhaps from a better vantage point, like right above them, it would be able to freeze both of them. The dragon spread wings that felt numb from being folded for so long.

Murlynd saw that the danger from the dragon would be greater once it was airborne. He needed to take it down fast. Luckily, though he had squandered his fireball, he was not entirely out of offensive spells... 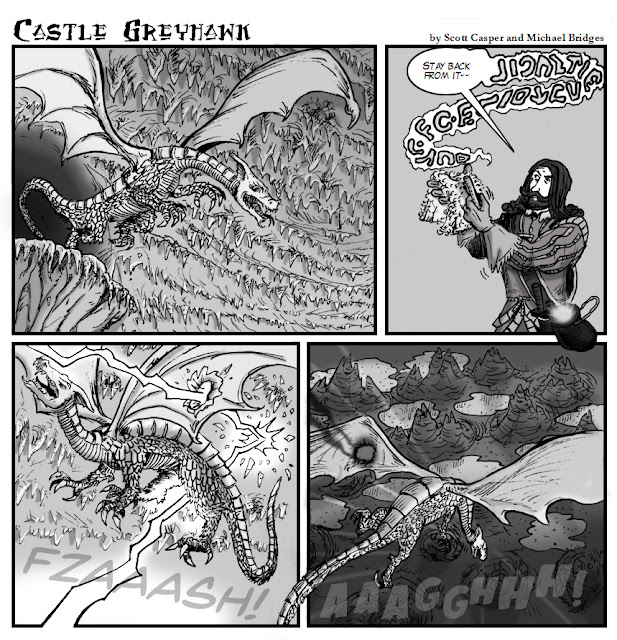