Robilar murmured something about magical intuition and animal feces.

Terik was more gracious.  "Is that the same magical intuition that told you it was safe to drink from that well on the second level?"

Murlynd bristled.  "Intuition does not detect traps. And how was I to know the water would turn into snakes?"

"Can we discuss this later?" Yrag interjected. "Help search the rest of these eigers."

Mordenkainen was already poking around.  "If you find one still alive, keep it for a prisoner. We need to find out if they have a lair nearby..." 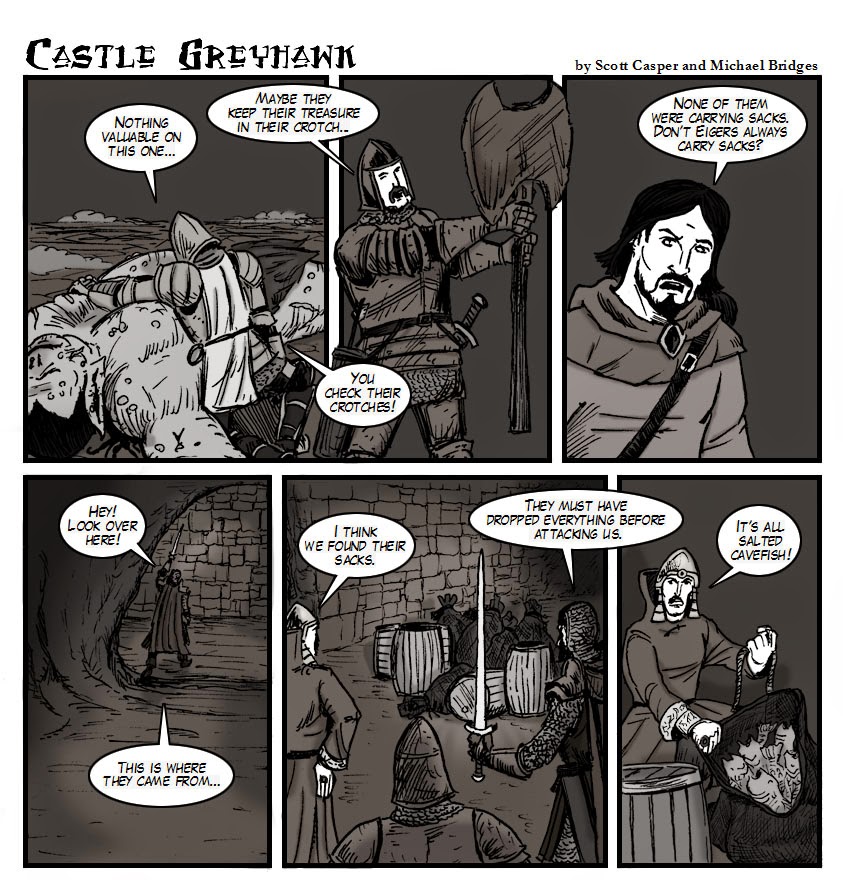 One by one, the eigers were falling dead within the deadly magical cloud.  Yet one remained in melee with Terik and, realizing it was fighting its final battle, the eiger fought with a terrible ferocity. Terik half-heard the yells for him to fall back, and made some effort at a fighting withdrawal, but not as fast as the spell-cloud was moving towards him.  In the last instance, Tenser and Robilar had to come up behind their friend, grab him by the arms, and haul him backwards as fast as they could. The spell-cloud enveloped the last eiger and then... 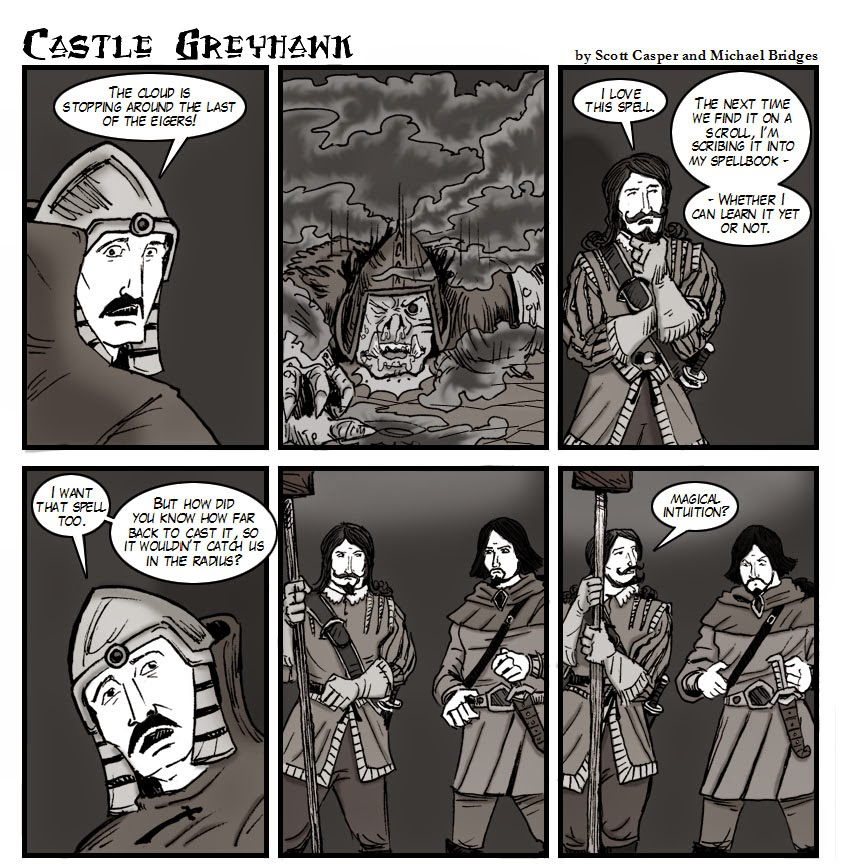 Terik shoved past the phantasmal elven archers, as it was easier than taking the time to disbelieve in them.  Robilar raised his voice in a battle cry and Terik added his voice just as he lent his sword to the melee.  The eiger was thrown off-balance by being double-teamed.  Their magic swords pierced its hide armor and the living hide beneath, but not deeply before the eiger managed to push them both back. With a roar, the eiger brought its remaining companions' attention away from the distraction of Tenser's illusion and towards the real threat.

The eigers had reach and strength on their side, as everyone expected, but also some measure of skill, making the battle last longer than anyone expected. Yrag hung back, keeping his bow in reserve, just as the three magic-users kept their spells in reserve. Robilar and Terik's swords flashed back and forth stabbing and slashing until one of the eigers finally went down. As the battle raged, the two fighting men were protected from serious injury by their platemail armor, but were being buffeted mercilessly nonetheless... 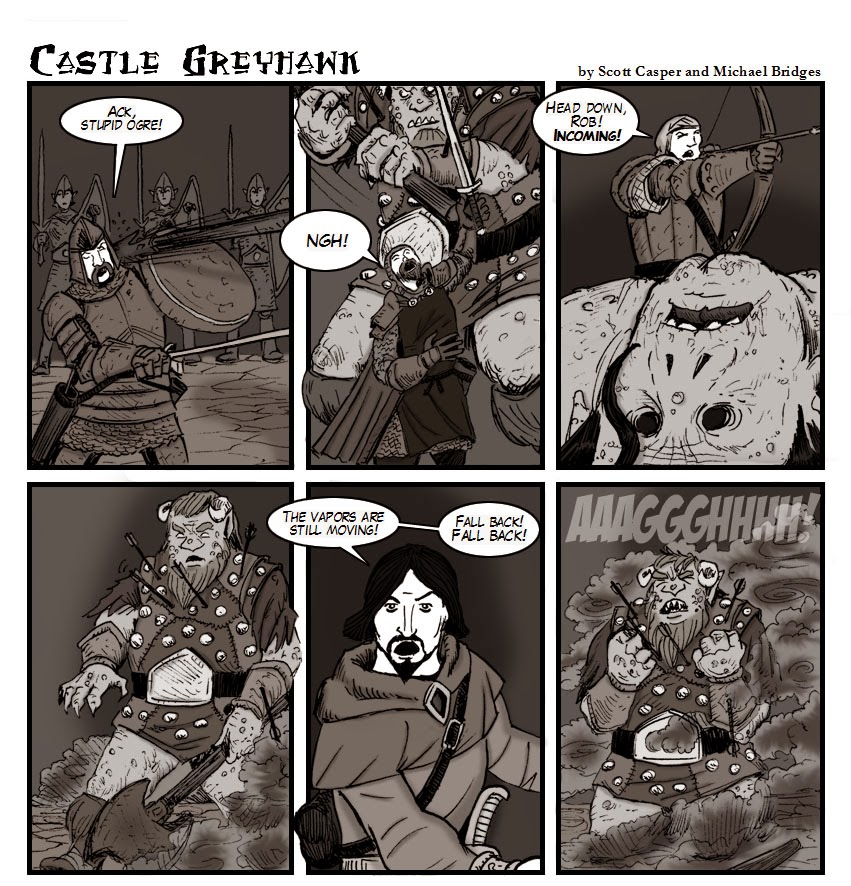