Ehlissa was troubled and could barely sleep all that night. Her dreams became anxious nightmares about where Erac was and what secrets Erac's Cousin was keeping.

By morning, Ehlissa felt so frantic that she decided she had to get away. She might not go as far as Elmshire and seek help from Tenser, but if she went out into the countryside for a day, maybe she could clear her head and come up with a good excuse for her absence later.

It was a sound enough plan. The problem was, Ehlissa never made it to the city's gate. 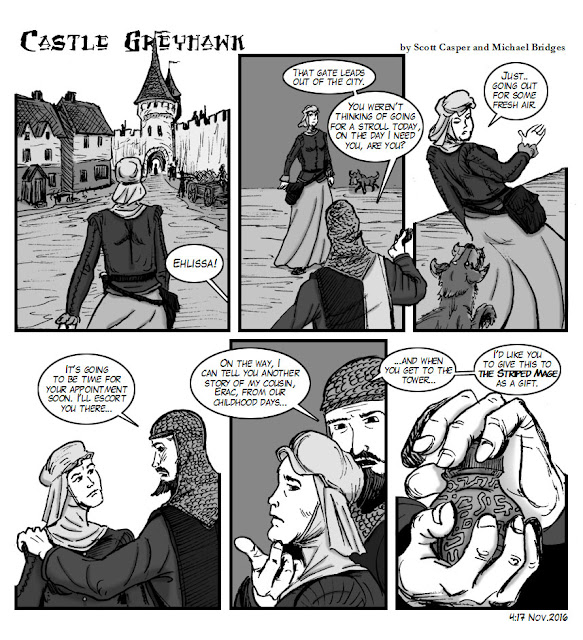 Ehlissa felt frustrated at every turn. She needed help to deal with Erac's Cousin and his strange request, but she was running out of allies quickly. There was still one avenue she could pursue, of course. It had been the first one that had entered her mind, and the first course of action she had chosen to delay.

Her feelings for Tenser still felt raw, like a wound that never fully healed. But she knew, in this, she could count on him. If she only knew how to reach him. In truth, in avoiding Tenser she had managed to lose track of him. She had no idea where in the city he was staying these days, or if he was even back in the city at all. But she did know someone else who would surely know. Someone who's place of residence she had not been back to in some time... 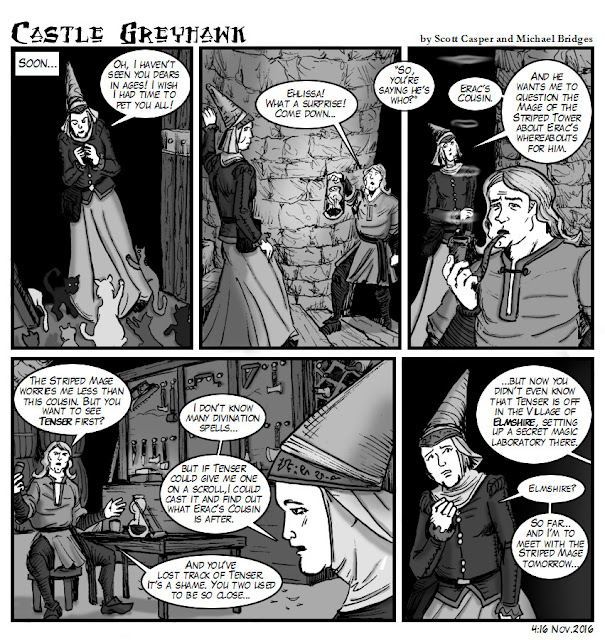