Tenser was exposed. Everyone could see it. Overconfident because of his new wand, or maybe just exhausted from this gauntlet of a dungeon, Tenser stepped out from cover for a clearer shot with his wand.  The command word for the wand was on the tip of his tongue -- but the dragon was one lunge away from biting him in half.

Fortunately, a lot of things then happened all at once. 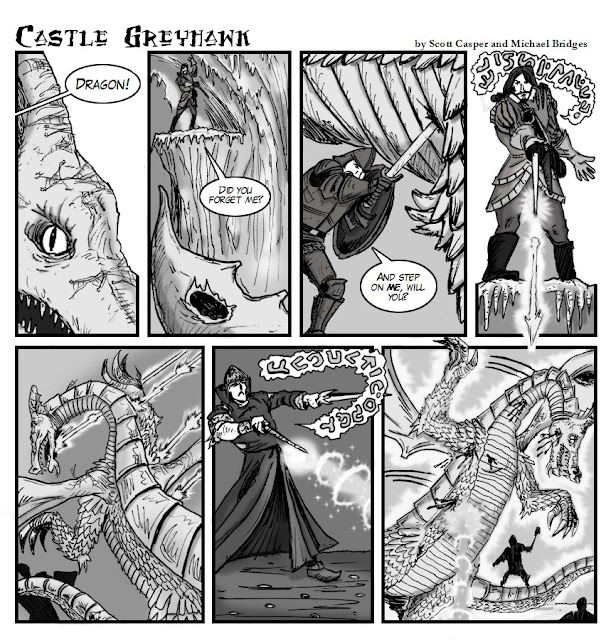 The "web" spell entangled the dragon and bought them all a moment of precious time.

Terik had rolled out from under the dragon's claws, his armor gouged and his body sore, but whole and ready to give back with his magic sword as soon as he could draw close enough.

Yrag had freed himself and was on his feet again. He moved to the same flank as Terik.

Serten took the opposite flank and tried to draw the dragon's attention. Tenser seemed vulnerably exposed to him and he knew the magic-user would never survive a blast of the dragon's hoary breath. If only Tenser's new wand had not given him such confidence...

It was only one moment. 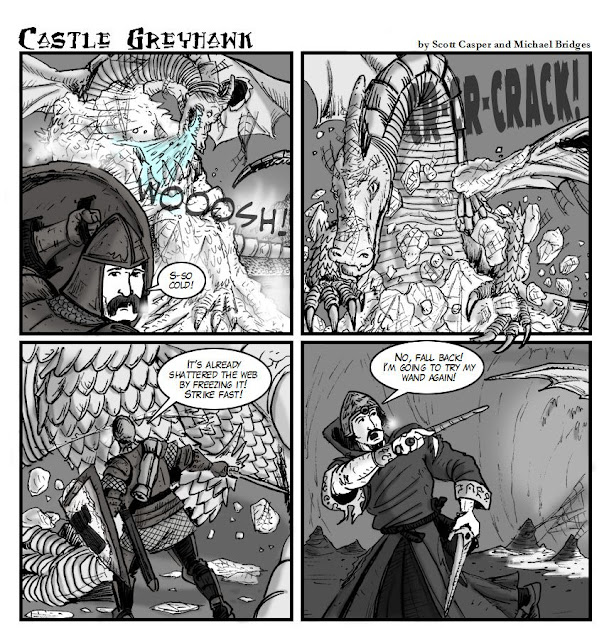