Ehlissa was in good spirits every day now, and nothing ever seemed to bring her down. She ignored all talk at the inn of adventures and killing monsters and winning treasures. She half-listened when some people talked about the dungeons being more dangerous than ever lately, with more monsters on the move and wandering about between the dungeon levels. It did not seem like it would ever matter to her, though. 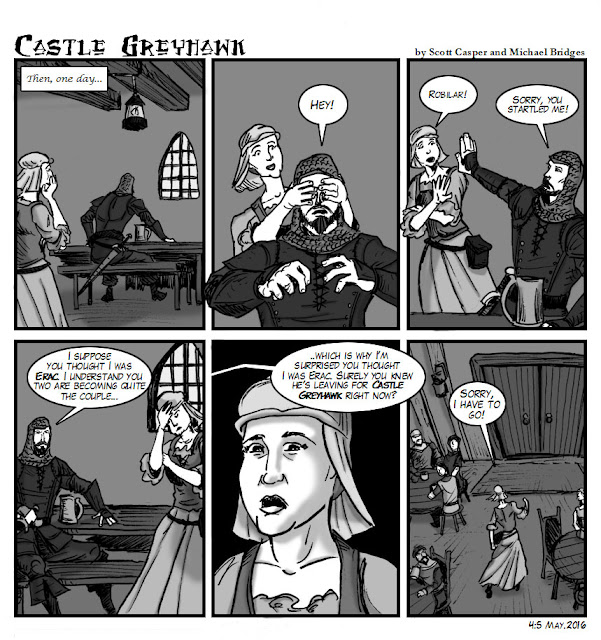 In the days that followed, Ehlissa had many more opportunities to talk to Erac. She learned his favorite wines quickly enough; she learned that he liked to treat himself to Furyondy Emerald Pale when his coin purse was full, and scrimped on Keoish Golden when he had to be thrifty. He brought his own flask, which had been a gift from his father. His father had been a scribe, but had respected Erac’s decision to pursue a life of adventure.

A friendship grew out of these early talks. Ehlissa found she looked more and more forward to each time Erac came to the inn. Sometimes he would have something new to show her, something he would want her to come see after work, or some idea for an outing the next day planned.

Erac was a magic-user, like herself, and an adventurer like Tenser, and for these reasons she still guarded herself around him some, at first. Of his actual exploits, she knew little. Erac was not a braggart, and never talked about where he went for a few days at a time (though Ehlissa suspected it was Castle Greyhawk). He never seemed to return rich, but he never hurt for money either.

As the weeks went on, Ehlissa and Erac became almost inseparable whenever he was in the city. 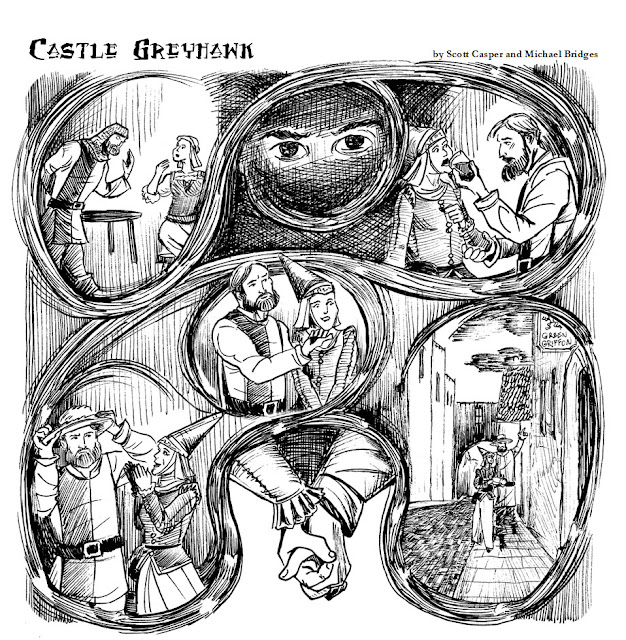