They made slow progress, trying to guide their dogs in the right direction. Every so often the dogs would stop and smell something. Robilar or Quij would start to go for their weapons before someone would guess that the dogs were sniffing something more mundane, yet curiously enchanting to the dogs, like the garbage lining the gutter or the dung on some stranger's boots. Quij almost lost one of them to chasing a cat.

What they were not aware of was that Lady Endelar was on that same road, heading in the opposite direction. Endelar was on her way to an important engagement at the Cartographer's Guildhall to gain an important commission. Endelar did nothing small, so she was planning on arriving in style to wow the aristocrat that wanted an accurate new map of the Cairn Hills. Almost nothing could make her late for such an appointment. 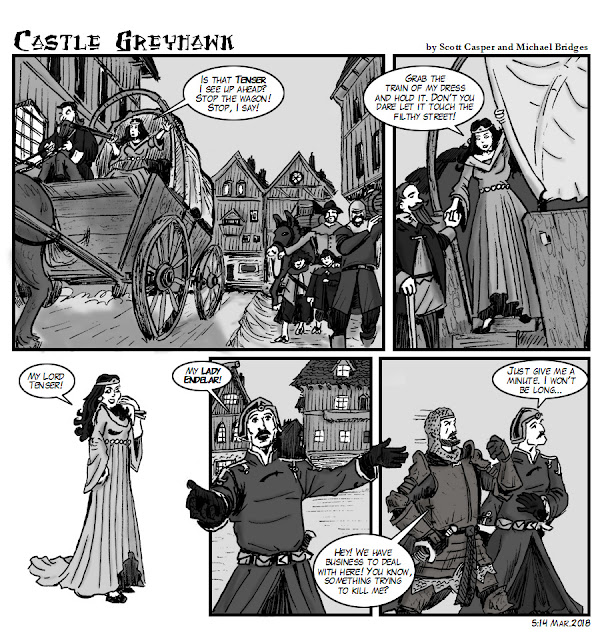 Robilar laid there for a moment, listening and watching the hay on the stable floor. The invisible stalker was definitely moving in a straight line for the front doors after knocking Otto aside. Robilar picked himself up and sprinted after him.

Lucien, the stablemaster, was so upset at the damage to his property that he foolishly tried getting in Robilar's way.

"Hey, you can't leave until we've settled damages!" Lucien said, before Robilar brushed him aside.

"Otto, hand this man some gold!" Robilar shouted at his henchman. The last thing he needed right now was the law after him.

Outside, Tenser heard Lucien shouting at Robilar, but was distracted by a breeze, as if something was moving past him... 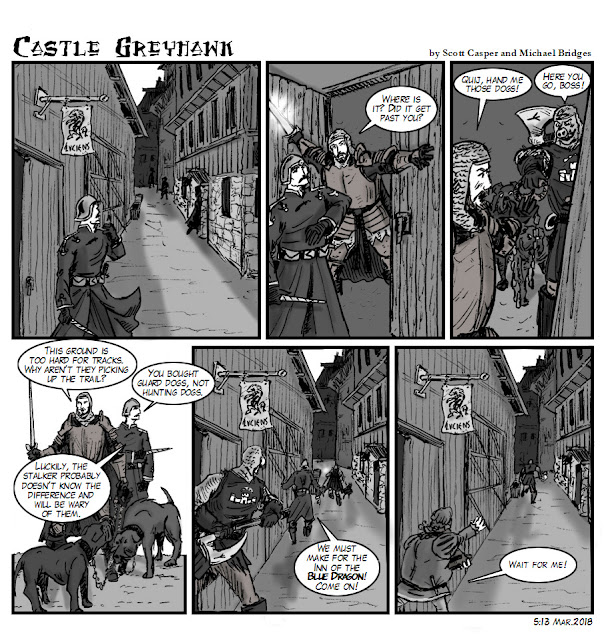