Tenser wanted to go fetch his spellbook right away. Even a simple spell, like one that would allow him to detect the invisible, would be immensely valuable in this situation, if he only had time to prepare it. That is what he tried to convince Robilar about on their way to Lucien's Stables, anyway.

"I know how long it takes you magicians to prepare new spells," Robilar said stubbornly. "We need the dogs first while we wait."

Robilar had always been, of course, an intense man, but Tenser sensed that there was something else underlying Robilar's tone this day. Dread? Fear? They seemed to be things unknown to the man. And yet...

Tenser pondered this more intently as he waited outside. Robilar, Quij, and Otto were heading into the stables. 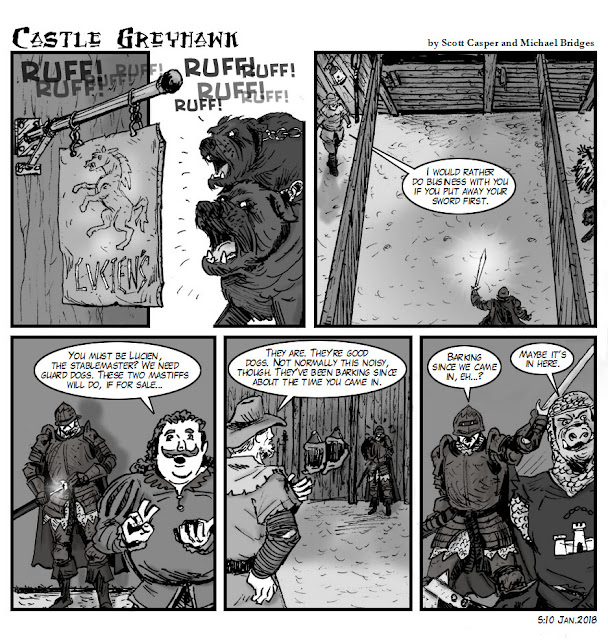 The temptation was there to continue telling Robilar off for all his foolish decisions, like enraging evil wizards -- or go off on a side rant about how Robilar's henchmen were laying siege to one of the main dungeon entrances at the castle and charging adventurers tolls to go down. The temptation was there to tell Robilar to solve his own problems and just leave him to his perhaps well-deserved fate.

So far, it was just a temptation... 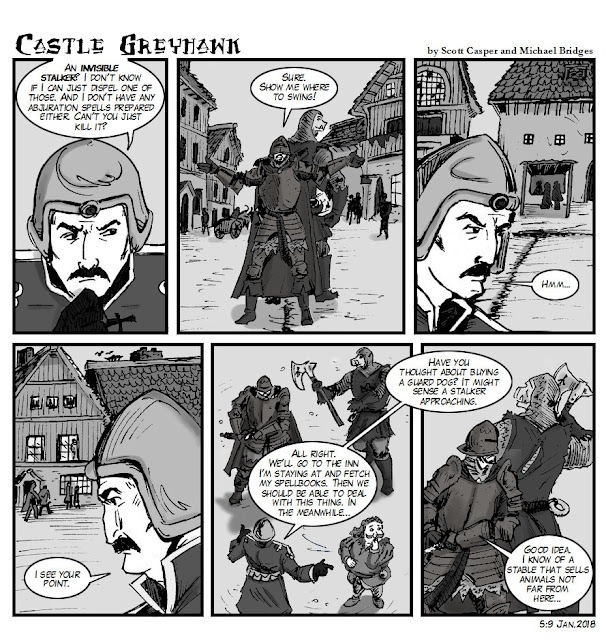