Yrag hesitated only a moment and then fired another arrow into the burning mass of fungus at the bottom of the pit. The fungal branches no longer writhed or wriggled, and appeared as black as charcoal now instead of bright violet.

A minute later, the fire was dying down, with nothing left to burn.

"I should go back down," Tenser said.  He looked around at the incredulous stares of his teammates, who had just rescued him from down there.  "You remember that pit trap on the fourth level with the secret door at the bottom?  What if this is like that? I have a hunch that fungal monster was 'cultivated' down there to guard something."

"I remember teaching you things like that," Yrag said thoughtfully.  "All right...maybe we should take a look -- but I do think it should be me or Terik going down there."

Tenser, however, only grew even more resolute on the matter. When the fire was all the way gone and the pit below must be cooling, Tenser spoke with conviction. 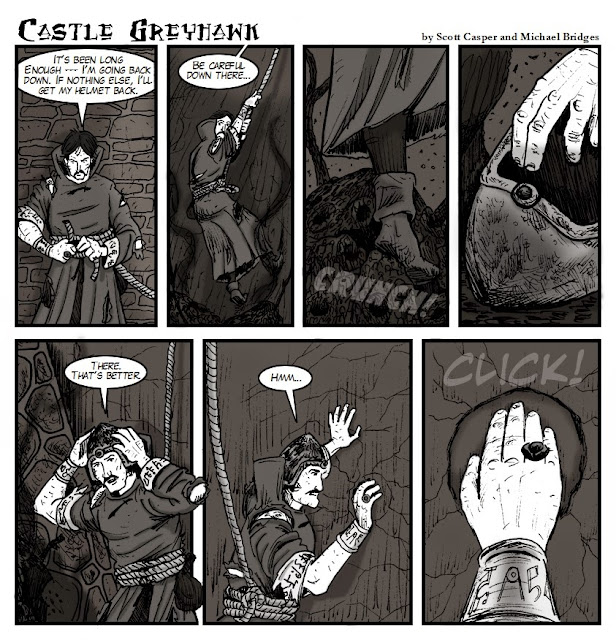 Serten sang in a quiet falsetto.  He closed his eyes and held out his hands, which seemed to glow with a white radiance that shone out from under his gauntlets. Serten placed his open palm on Tenser's exposed skin and, with a flash, the white radiance passed from one body to the other. When this had no visible effect, Serten began to sing a new incantation to his god, Pholtus.  This time there was an immediate improvement; everywhere the white radiance spread a burning rash disappeared.

"Your god is as merciful as ever," Tenser said with much relief.

"You all say that when you need healing," Serten said with a grin, "but where are you on Godsday services...?"

Murlynd was by Yrag's side, with both of them keeping an eye on the things in the pit.  "I have something that I think will help with this," Murlynd said.  "I have acquired this substance called Greek Fire.  I have not yet learned what or who this 'Greek' is yet..." he said as he produced a beaker of dark liquid from out of his magic sack. 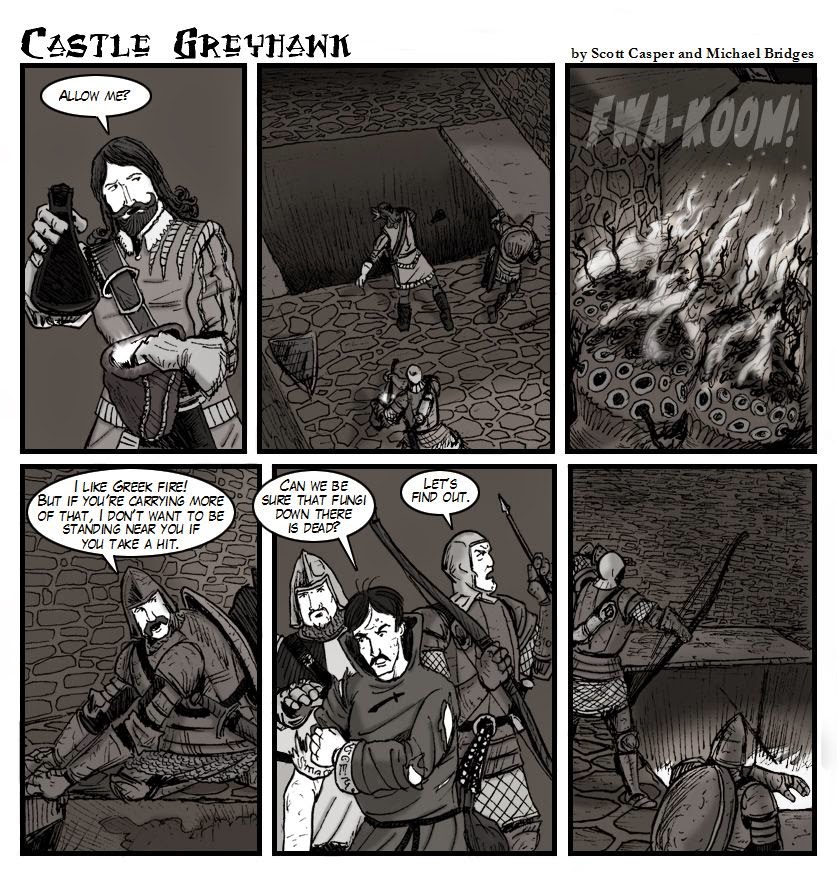