"This calls for a celebration," Otto said.

"Yeah, let's go get stinking drunk back at the Green Dragon," Quij said.

"I wouldn't say no to something with a bit of some kick to it. Coming, sir?" Otto added, turning to face Robilar.


Tenser was deep in thought when he noticed the hand on his shoulder. Under normal circumstances he might have appreciated the gesture, but at the moment all he could think about was that one misspent afternoon had crippled his plans for his future. 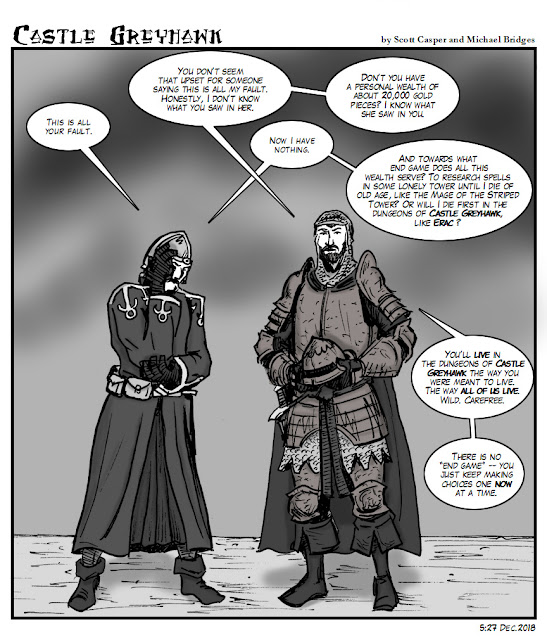