Tenser turned and called to Robilar, waving at him frantically as the idea developed in his mind. "Come back here!"

Robilar did not plan to comply at first, but curiosity got the better of him and he walked back. "What? Why aren't we moving forward?"

"Because we have that!" Tenser said, pointing to Endelar's carriage.

Robilar mulled the idea around in his mind and came up with his own plan. "Are we commandeering it?"

"No, no!" Tenser said, suddenly having to correct Robilar and allay Endelar before she could get upset. "Just borrowing it."

"But the inn is not that far..." Robilar protested.

"Endelar and I have catching up to do. We can do it right here and you can wait, or we can do it on the ride."

"I suppose..it would be more dramatic if we arrived by carriage," Robilar mused.

"What's going on?" Otto said, finally catching up to them.

"We're riding the rest of the way in the carriage," Robilar said.

"Oh lovely. I've always wanted to drive one of these things."

"The driver is driving it," Robilar countered. "Come to think of it, there won't be room for you inside. You'll have to stand on the side of it." 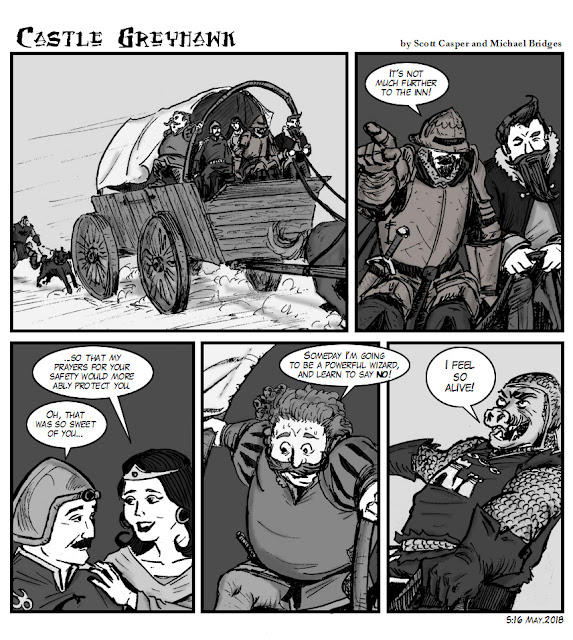