The familiar of Erac's Cousin finished changing back into the form of a dog, as it wanted its sense of smell heightened for tracking. Almost immediately, it smelled Ehlissa. Without Ehlissa to follow, it would not have known where in the tower the Mage was...but with Ehlissa here, it would be easy to follow her scent straight to the Mage.

Ehlissa gathered her wits quickly and realized that she didn't actually know he was dead. He was lying very still, but from this angle, she could not tell if he was still breathing.

Drawing closer to the burnt incense in the brazier that took out the Mage would be foolhardy without some precaution. Luckily she had a handkerchief upon her person. As she covered her nose and mouth, she crept closer, hearing her own heart pounding in her chest. In fact, that might have been why she did not notice right away the soft padding of pawed feet in the hallway... 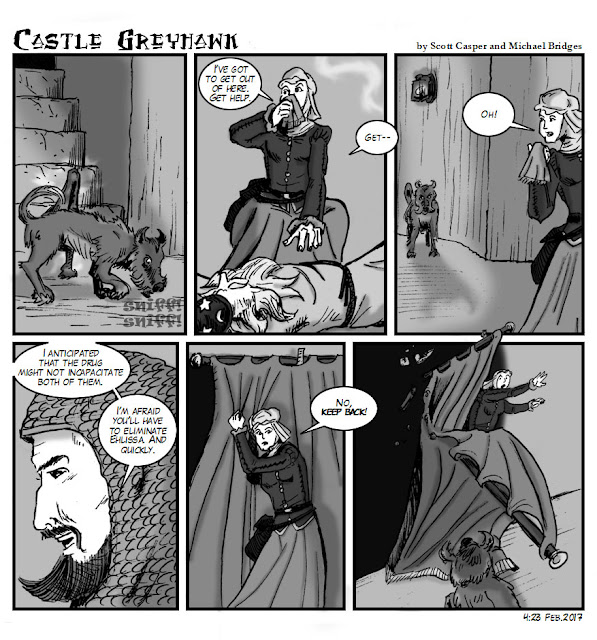 To the casual observer, Erac's Cousin appeared to be just standing idly, perhaps admiring the nearby garden. The smile on his face was far from one of contentedness, but a malevolent smirk of wicked satisfaction. And his thoughts did not even need to stray back very far to recall why he was satisfied... 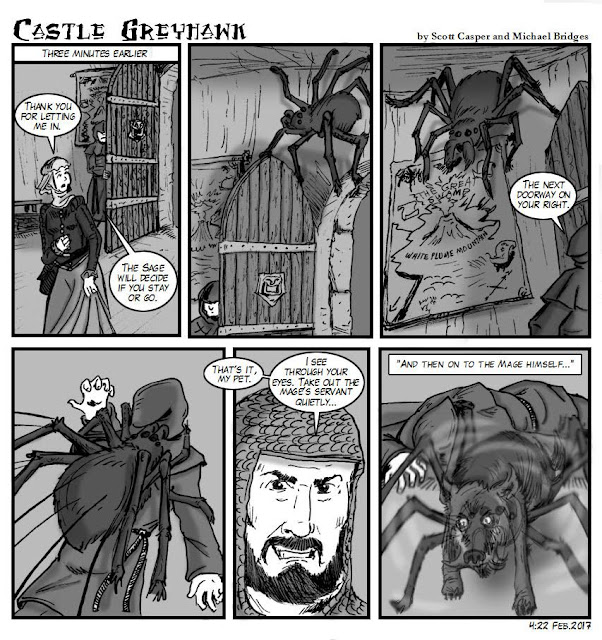