Quij had seen Robilar levitate plenty of times, but being able to fly himself was a brand new experience to the orc hero. He pushed off into the air like he was pushing off from the shore into a river and tried to "swim" through the air.

Otto made his way inside. Combating the invisible stalker with bags of flour seemed like such a natural idea, he could not think why it had not occurred to him earlier. He made to the innkeeper with lightning precision and made his demands.

Tenser, meanwhile, was eager to reach the spellbooks and scrolls in his room upstairs. He could think of a half-dozen spells that would help with the stalker -- all of which he had, by chance, failed to prepare that day. He had no time to prepare new spells, but if he could just find the right scroll...

But then, Endelar started to resist his tugging hand. In the middle of the common room, she decided she had had enough. 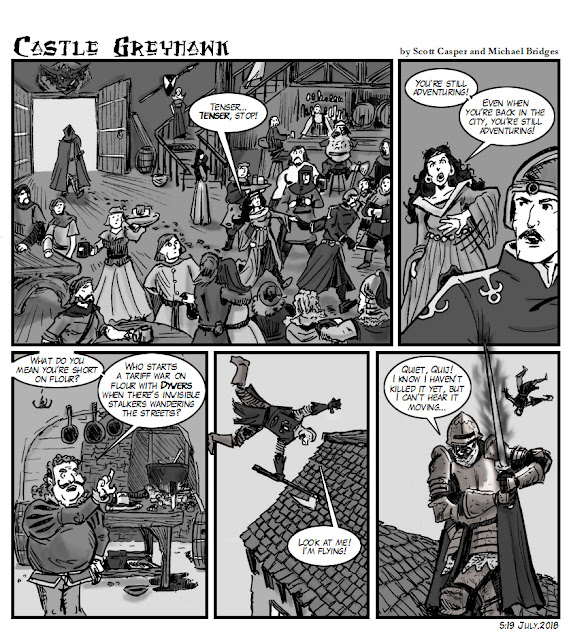