Lucien hated dealing with adventurers. Oh, the more easygoing ones were a steady source of income, always needing pack animals and riding steeds for trips out to the Castle Greyhawk ruins, but the worst of them barged in and ordered him about like they could just take what they wanted. The city had strict laws protecting the merchant class from all manner of threats, including spells, but that still hardly put stable masters like Lucien on equal footing with men who could shoot fireballs from their fingers, or wielded magic swords.

But the worst of them had to be the lunatic who was destroying his stables right now. He had chopped through the support pillar of his hayloft with a single swing of his sword! And now the man was babbling about needing to fight something that was not even there. "Adventurers," they called themselves. Surely this Castle Greyhawk just turned them into madmen! 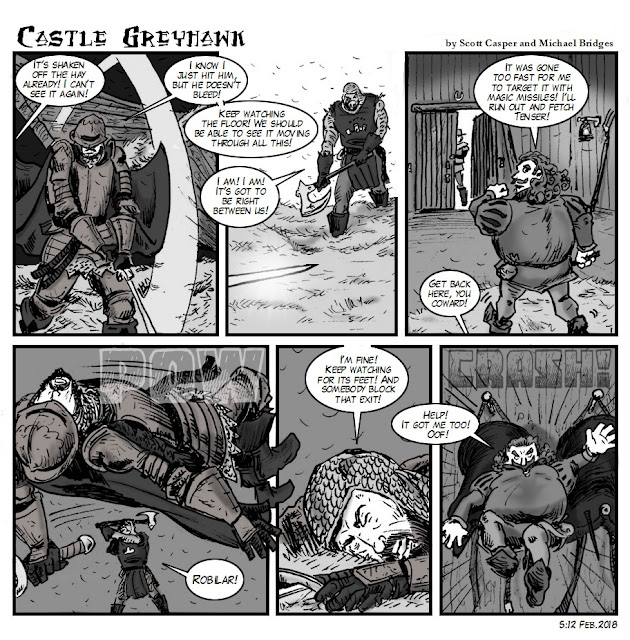 Tenser was getting impatient waiting outside, and more than just because he wanted to get back to his inn for his spellbook. All the offal had just recently been shoveled out of the stables into the gutter of the street for the dung collectors to pick up. It smelled worse out here than it probably did in the stables. Tenser scowled at the open entrance to Lucien's, half-expecting this delay inside to be some cruel trick on Robilar's part to make him suffer.

Of course, inside, this was furthest from Robilar's mind, since he now believed the invisible stalker was inside the stables with them... 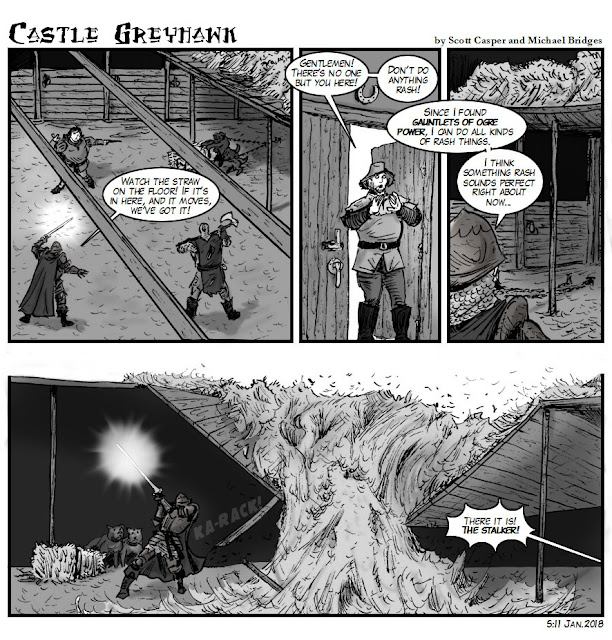