It was not pleasant in the pit. Tenser's helm had fallen off and was lying somewhere, mixed in with all the huge violet mushrooms around him. At first, Tenser thought it was just his movement that was shaking the mushrooms and moving the sharp branches that stuck out from under the mushroom caps. The branches tore at his clothes and scraped his skin. Gradually, Tenser realized the branches were moving of their own accord as well -- he was being attacked!

And that was when the rope came down to him. Tenser wanted to fasten it around his waist, but there was no time. He gripped it hard and shouted-- 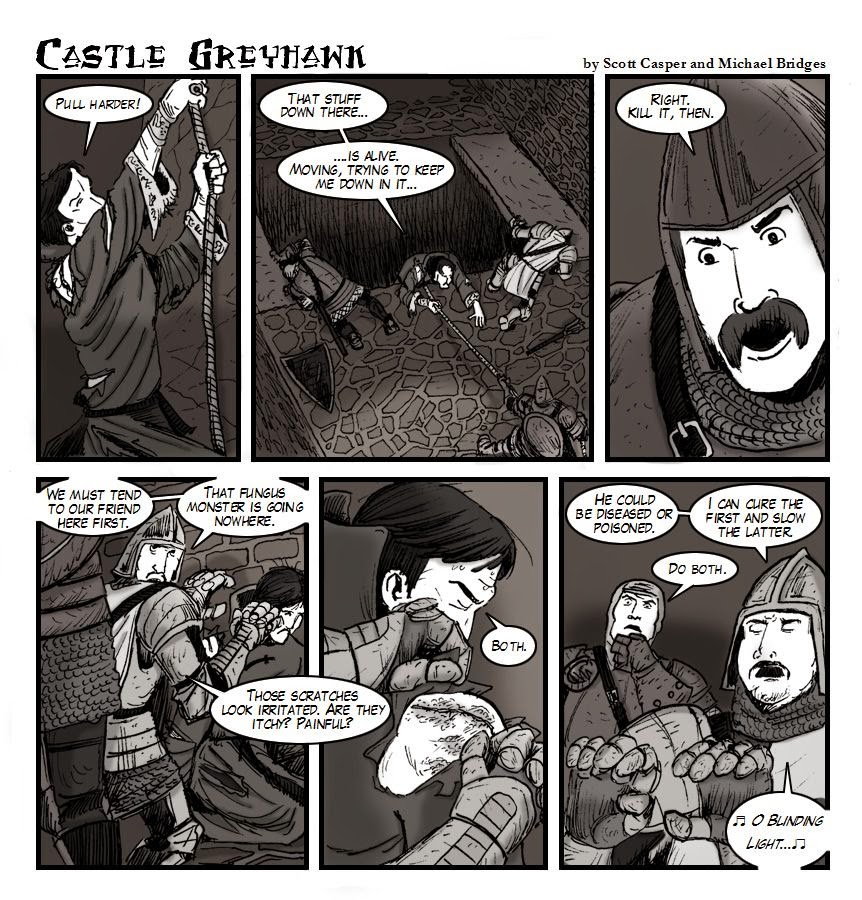 The good news was that Tenser had not fallen as far as they had at first feared. Though he kept screaming initially, the others quickly surmised that something was hurting Tenser at the bottom of the pit.

The other good news was that Murlynd had rope. 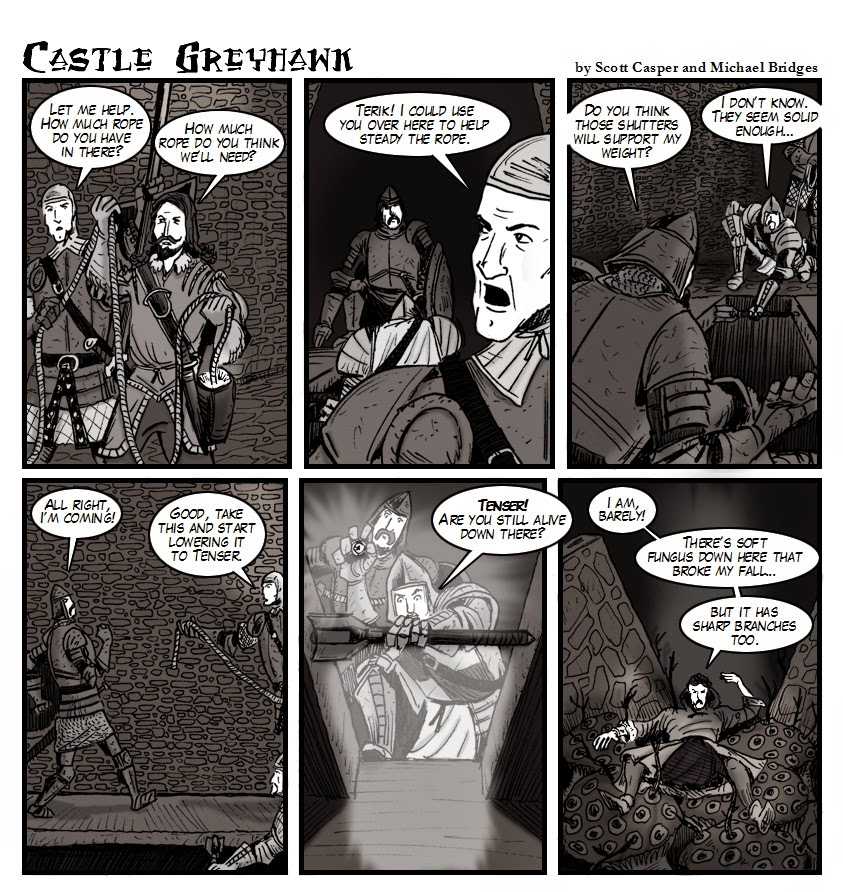