Robilar did not have time for this nonsense...but, on the other hand, he did not want to get too far ahead of the others on his own. Glancing back, he could see that Quij had his hands full keeping the guard dogs they had bought from attacking some bystanders in the street. Otto was still struggling to keep up. Tenser had this opportunistic young maiden after him, undoubtedly after the riches he had accumulated over two years of delving the depths of Castle Greyhawk.

Well, he would spare Tenser one minute -- but not a second longer! 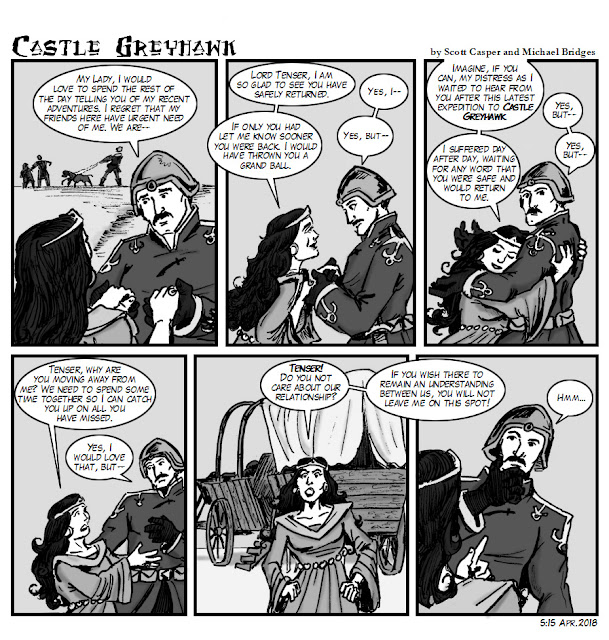