The doorman stood and opened the front door. Ehlissa was waiting on the other side.

"Please," Ehlissa said, "I need to speak to the Mage of the Tower."

The doorman looked around. He spotted Erac's Cousin, but Erac's Cousin was standing some distance back, on the edge of the lonely avenue that led down to the tower, petting an ugly-looking dog and not otherwise conspicuous.

"Do you have an appointment?" the doorman asked Ehlissa.

"No -- but this is very important. And, I have a gift for him," Ehlissa added.

The doorman seemed to mull it over for a moment, then stepped back inside .

Ehlissa considered putting her foot in the doorway, but the doorman was just stepping back to pull the door open wider. She turned and glanced back at Erac's Cousin, who was now watching her and gave her an encouraging smile and a nod. 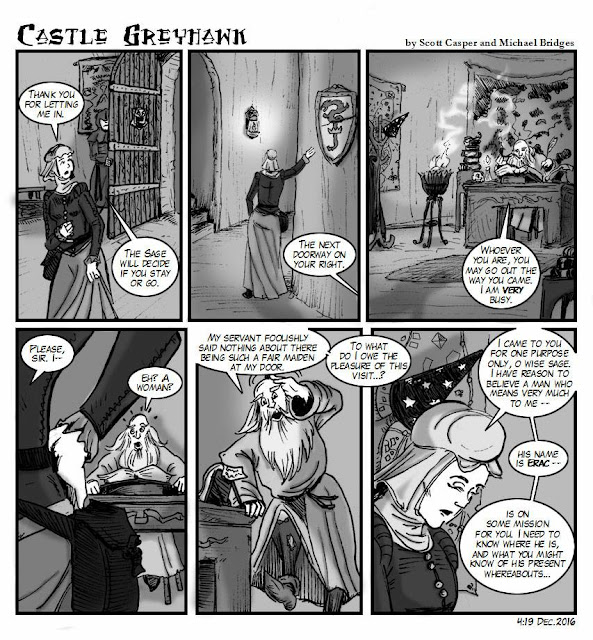 Ehlissa took the strange jar and placed it in her purse.

Erac's Cousin had turned them around and walked them back up Craftsman's Way towards the Petite Bazaar.  "Ah, I have it. How about the time Erac's family was entertaining distant relatives from Ket? That was a good year. They were rich merchants and had brought gifts for everyone..."

Erac's Cousin, Ehlissa had to confess to herself, was a good storyteller. He took ordinary events and infused them with humor, suspense, and witty asides. She barely noticed reaching the Garden Gate.

"Business within?" a sentry asked.

"Business with the Sage of the Tower," Erac's Cousin said.

But they had not gone far when there was some excitement back at the gate.

"Keep that ugly dog out!" A sentry was shouting.

"Wait, wait!" Erac's Cousin shouted and he went back to the gate. "The dog is with me! Please, allow it through and *ahem* perhaps a small token of thanks for your patience..." he said as he pressed a gold orb into the hand of the two nearest sentries.

"Keep that mutt close by you..." one of the sentries grumbled, but the dog passed unhindered.

Ehlissa had been watching Erac's Cousin. She was not happy with how casually he bribed the authorities, but his concern for his dog was oddly touching. 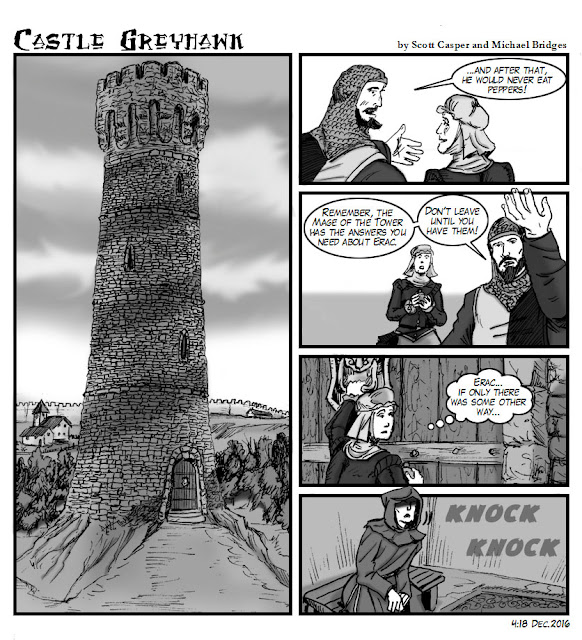