Ehlissa struggled against the hand on her wrist. She wanted to kill the mage despite what she had been told to do because she knew it was in the best interest of Erac's Cousin if the old man died. That was how much she was under his spell, and deep down she knew it. She had never felt so powerless, but then... 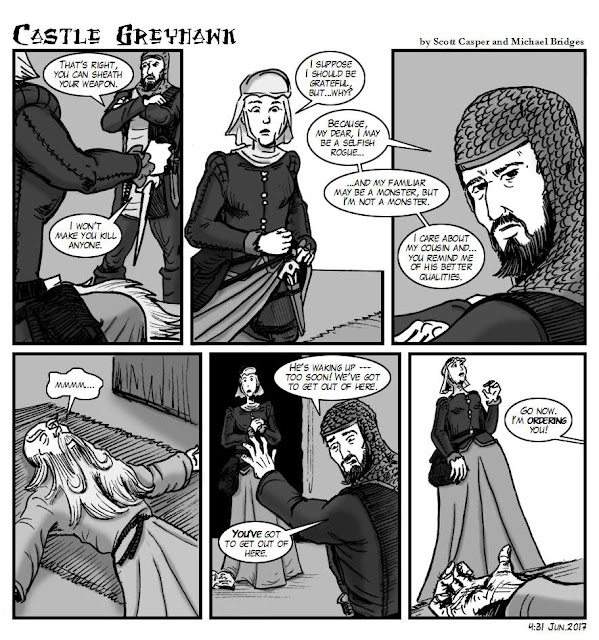 
In the tower's foyer, the Mage's monk servant stopped bleeding out.

In the tower's garden, the Cousin's familiar started chewing through the plants that held him.

In the Mage's den, the Mage had a dream. It was not about the confrontation going on around him...

"Oh, I know how you wanted to use me," Ehlissa said.  "You played on my affection for your cousin, if he really is your cousin."

"Oh, he is. Or was. I have no doubt that this man you want spared probably sent my cousin to his death on some fool's errand. But this isn't even about revenge. Not really. It's about the wealth of magic this old fool has hoarded in his tower..." 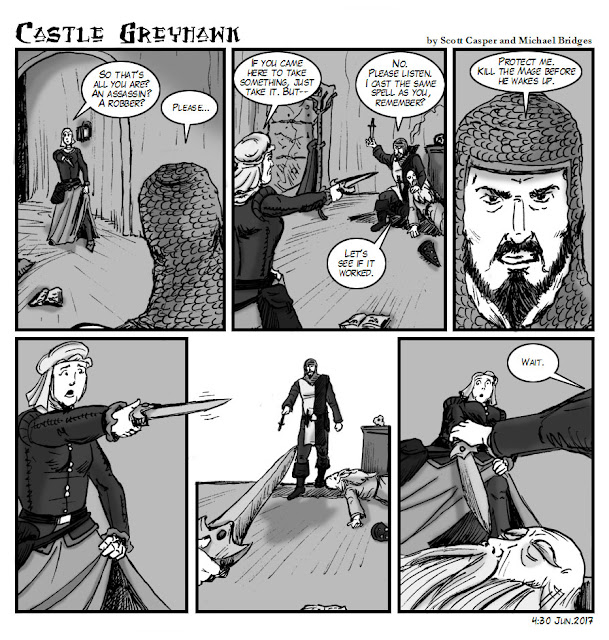