Ehlissa had met many charming men in the City of Greyhawk and figured, to a man, they had all been scoundrels and rogues. She generally identified them by thinking they needed something from her -- either information, better service, or other things they might request.

As this particular conversation continued -- and a charming storyteller this man was -- Ehlissa noticed that he wasn't asking anything of her, other than to listen. So she allowed herself to stop being protective of herself and just enjoy a good, long conversation. 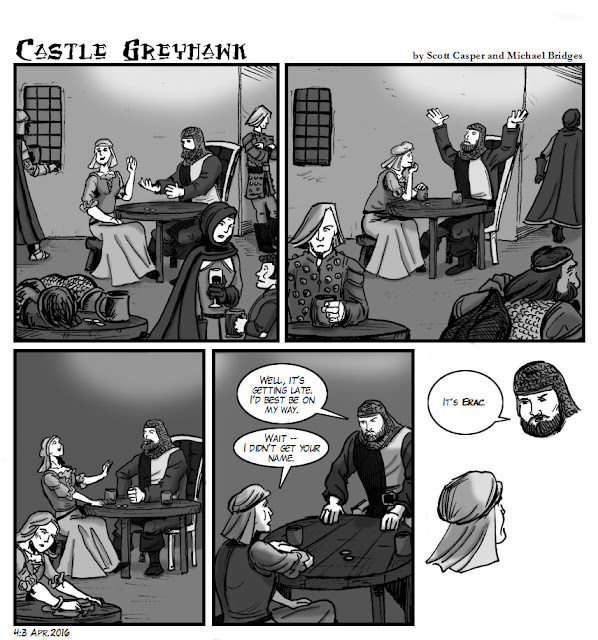 The work was day after day of drudgery, and there was no magic in her life.

Oh, Ehlissa did memorize a spell or two on occasion. She told herself she might need them if a fight broke out in the tavern, but there were bouncers who dealt with that sort of thing.

The worst part was when other magic-users used the inn. Ehlissa always had the feeling, as irrational as it may be, that they were judging her. Ehlissa the failure. But she didn't care two gold orbs for them and what they might have thought of her. 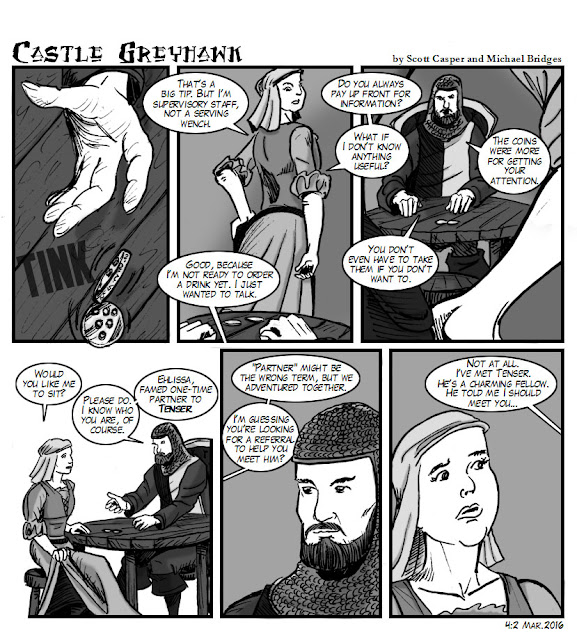