Tenser and Ehlissa crossed the drawbridge and followed Yrag through the seemingly abandoned gatehouse.  Empty murder holes stared down on them.  There was no sign of any inhabitants, except by smell.

"What made that awful smell?" Ehlissa asked.

"Eigers, most likely," Yrag said. He emerged first into the bailey beyond the gatehouse and his eyes fixed straight on the ramparts above, watching for signs of danger.  "I have seen a few lurking about the upper ruins before."

"No, lad, only in fairy tales. Ogres are no more magical than most folk, just a lot bigger and uglier."

"I'm not sure if our spells can handle ogres…" Ehlissa said, shrinking towards the gatehouse. 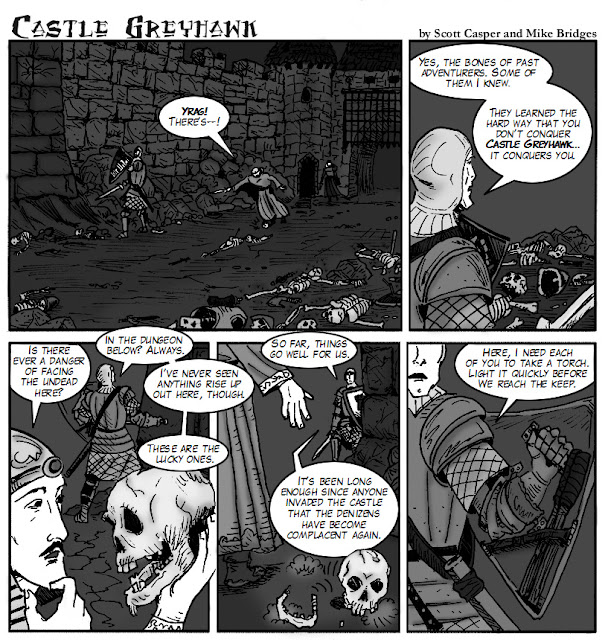