Yrag continued to admonish Tenser.  "You should not be so trusting of anyone.  There are more than lives at stake down here. There is treasure enough down here, somewhere, to make kings of a dozen men, and enough magic to make someone the most powerful mage on Oerth.  Such treasures are not easily split between men of mercenary natures."

"You forget one thing," Tenser said, locking eyes with Yrag.  "You and I were strangers until just a year ago. If I cannot trust them, how can I trust you?"

Yrag met that gaze for a long moment, sucked on his lower lip, looked like he was going to say something else, but then backed down and turned away.

Freed of his gaze, Tenser left him and rejoined the others in the cavern.  A mere handful of coins had been pilfered off the bodies. It was suggested that the eigers must have had a lair somewhere nearby.

"Who's ever heard of a poor ogre?" Terik asked. 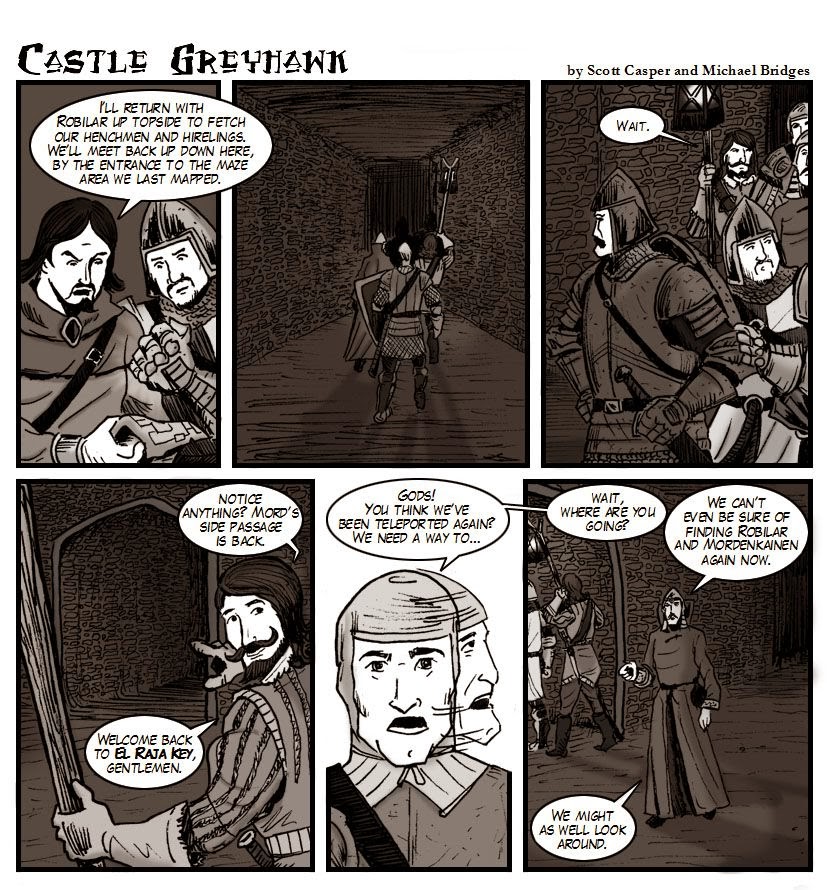