Robilar didn't give in right away; Ehlissa had to badger him about it for awhile. Then she switched tactics, softened her tone, and plied him with free beer.

After the third free beer, Robilar had a name for her.

"I don't want just a name, I want you to take me to him," Ehlissa said.

"You are...an incorrigible woman," Robilar protested meekly. "Fine. But!" and here he wagged a finger at her. "I introduce you and leave. And you have to leave me alone for a whole week after this."

The deal was struck. Ehlissa would miss the rest of her work day, for they had a long walk to Clerkberg ahead of them. Once there, Robilar made straight for a row of tenement housing, knocked on the right door, and they were shown in... 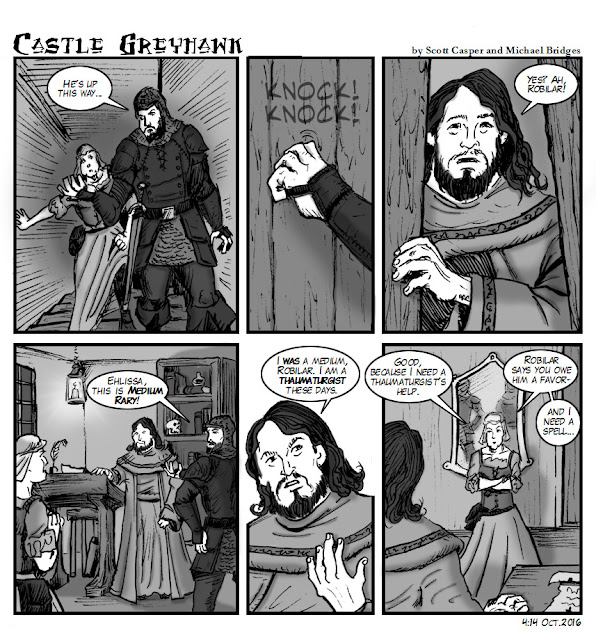